Michele Pommier Models is a boutique agency, representing a small group of working models & talent, which gives us  the ability to work closely with them and concentrate on their individual careers.

In the 1970's, Miami Beach became known as God's Waiting Room. It's younger sons and  daughters looked around, cringed, and booked the next flight out. They couldn't be blamed, really. The area had decayed badly and there was no reason to stay.

Into this morass stepped Michele Pommier, a supermodel turned entrepreneur. Pommier took one look at all that the fleeing youngsters waved away "the sunshine, the palm trees, that ocean!" And saw opportunity. She envisioned a future where others saw a void.

Give Pommier credit for being the first to open a modeling agency in Miami, in 1979. She recognized South Beach as a viable photo location, extolled its virtues, and challenged others to join her. She  raised the bar of the fashion and beauty industry of this area, bringing it up to international standards.

This Westport, Connecticut native was one of the most recognized models in the '70s. She started out with the esteemed Ford agency in New York City. Later, having accomplished as a model what she wanted to accomplish, she set out to be an agency owner. Pommier moved to Coral Gables and opened an agency and prepared for the deluge she knew would follow. It did, she stayed, and thousands have made their careers off of her 1979 vision. 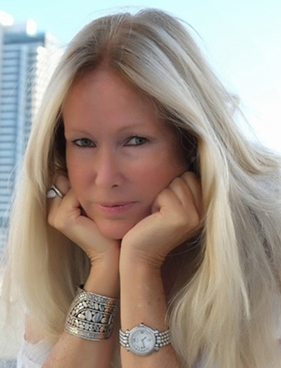